by Off The Meds 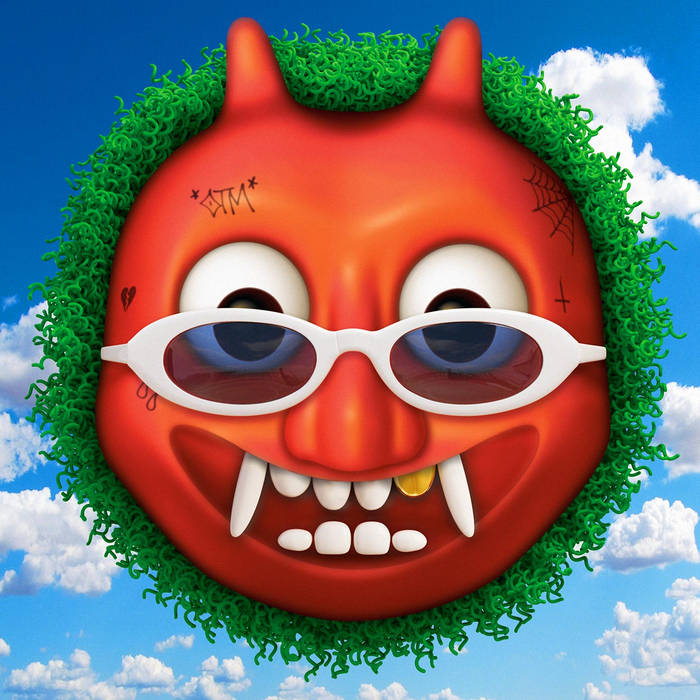 At that point in 2013, Adrian, Carli and Måns were already longtime studio partners, shifting in and out of varying constellations, turning out everything from stone-cold Scandi-grime to straight-up Eurovision goodness in the process.

Adrian had followed his 2010 proto-EDM monster Teenage Crime with years of febrile activity, constantly developing his songwriting skills together with an ever-shifting cast of vocal talent and production partners, on a mission to prove that the melancholy heart of Swedish pop can be felt in any amount of beats per minute.

Meanwhile, Savage Skulls – the bass-squelchin', blog-housin' duo of Carli and Måns – were busy churning out a string of rapid-fire singles, one more gloriously bonkers than the other, providing festival-blitzing DJs like A-Trak and Diplo with their heaviest ammunition at the time.

Even with all this going on you'd still regularly find Adrian mixing a fresh batch of acid wax at some Stockholm warehouse rave, or Måns getting caught up in the inner workings of Sweden's rap scene, or Carli providing labels like Born Free with charming little rave-disco oddities every now and then.

What really brought these music makers together was their mutual state of constant searching – working on everything with everyone but never truly belonging anywhere – that is until Kamo showed up in town.

Although a life-long music aficionado, Kamo never thought about making music before arriving in Sweden, expressing himself instead through work in photography, taking pictures of the lively Johannesburg club scene he found himself embedded into.

In Stockholm he kept similar surroundings, and one late night student flat after party situation involving a microphone led to a recording of Kamo's voice (a freestyle he doesn't recollect performing) being played in a studio where Adrian, Carli and Måns happened to be. Kamo was soon invited to a joint session, resulting in the first proper Off The Meds recording: Low-slung, Ethio-jazz sampling hip-house gem Currency Low, one of the standouts on Axel Boman, Kornél Kovács and Petter Nordkvist's 2018 label compilation Studio Barnhus Volym 1.

These things were clear from the start: Kamo had been quietly nurturing an exceptional lyrical talent for who knows how long – his focused, strangely melodic Zulu-Tsotsitaal-English flow delivering the same kind of wry but warm-hearted observations his photography had brought about – and also, that in Kamo and his voice, our elusive trio of producers had found the pièce de résistance that enabled them to start a Real Band and finally belong somewhere.

The band's Studio Barnhus Volym 1 appearance was followed by a 2019 solo release on the label – the ravey smash single Belter, which came paired with a much-lauded remix by London top selector Joy Orbison.

Off The Meds have also proven to be an exceptionally entertaining live act – the members' diverse musical talents fully displayed on stage, Kamo half-naked and beaming with energy – shouting, whispering and whistling from on top of a bass speaker, perhaps his favourite of all those places he calls home.

off the meds Stockholm

Bandcamp Daily  your guide to the world of Bandcamp